Yes, folks, it’s 1992 all over again as Konami has graced us with the quarter-eating, 6-player side-scrolling beat-’em-up X-Men. Anyone who’s ever been to an arcade during their golden age has most likely laid hands on this joyous romp in team-oriented multiplayer greatness.

Like other classics before it, X-Men has received somewhat of a facelift almost 20 years after its initial release and has made its way to the home console via the Xbox LIVE Arcade and PlayStation Network with all the lovable nostalgic goodness oozing out of it.

Now running at 720p, X-Men definitely looks sharper today than it ever did in an arcade, sporting a nice widescreen display to fit up to six players comfortably without having to cramp around a giant arcade booth and bump into one another. Wireless controllers are a godsend for comfort, but it definitely takes away from that feeling of a hot and stuffy arcade with too many bright lights and noises filling your eyes and ears. 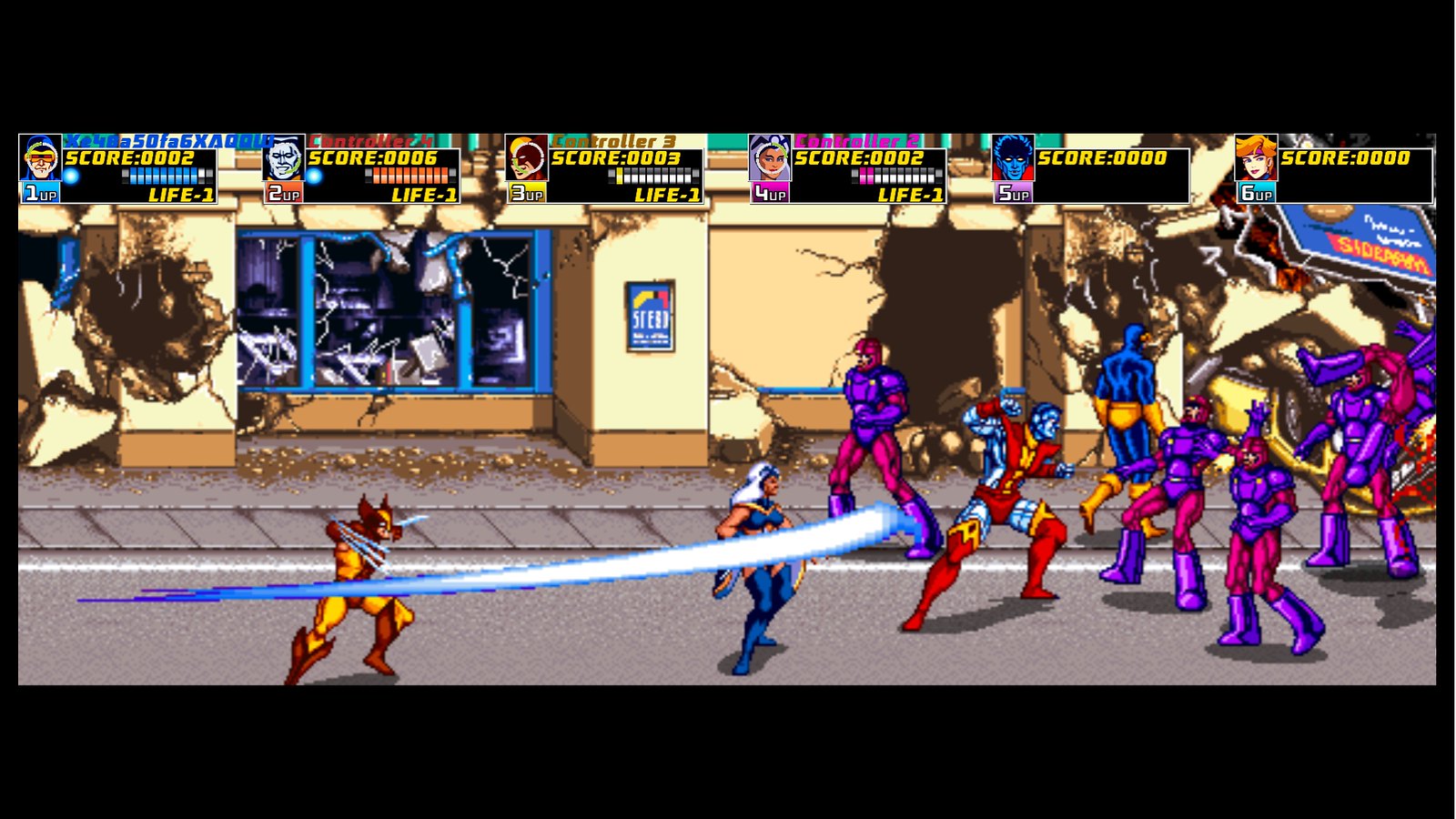 Never having been a wonder of graphical prowess, X-Men is definitely cartoony, taking its style after the 1989 failed pilot episode of X-Men: Pryde of the X-Men. Retaining some of that retro charm, the visuals have been updated, but nothing like the overhaul seen in Turtles in Time: Re-Shelled — it’s just a sharper version of what it was nigh 20 years ago.

X-Men shows its age by being incredibly short, even having an achievement for beating it in under 25 minutes. Average clocking time for a complete run of the game seems to be about 30 to 40 minutes, regardless of how many people are playing. Its replay value is limited, but it’s definitely a blast to get some friends together for a couple of full-game runs and for some easy Achievements/Trophies.

There’s no story to speak of, really. Magneto’s doing something bad and it’s up to the X-Men to rescue Professor Xavier and Kitty Pryde from his evil mutant clutches. Along the way, you’ll face Juggernaut, Emma Frost/The White Queen, Nimrod, Pyro, The Blob, Mystique and the Master of Magnet(ism) himself, Magneto.

The forces of good are relatively interchangeable, with no X-Man being necessarily better than the other. The differences come in their individual Mutant Powers and their respective areas of effect with some decimating enemies in a row and others taking out enemies surrounding the character.

Remembering this game from years of youth and distinctly recollecting pouring tons and tons of quarters down its proverbial throat, the difficulty of playing the game “straight” is there once more. It’s a hard game, to be sure, and it’s nigh impossible to make it through on one life. Considering that your area-clearing Mutant Powers drain life and bosses hit much harder than one would think, you’ll find yourself dying quite a bit.

The fact that continues are without limit kind of cheapens the whole idea of the game, because anyone can use their Mutant Powers in abundance, die, and resurrect to use a fresh new batch. Definitely detracts from the difficulty, which this game has always had in spades. A limit on the number of continues would have been nice so this functionality wouldn’t be so easily abused. Admittedly, it is better than shoving quarters into your console to reach the final stages. 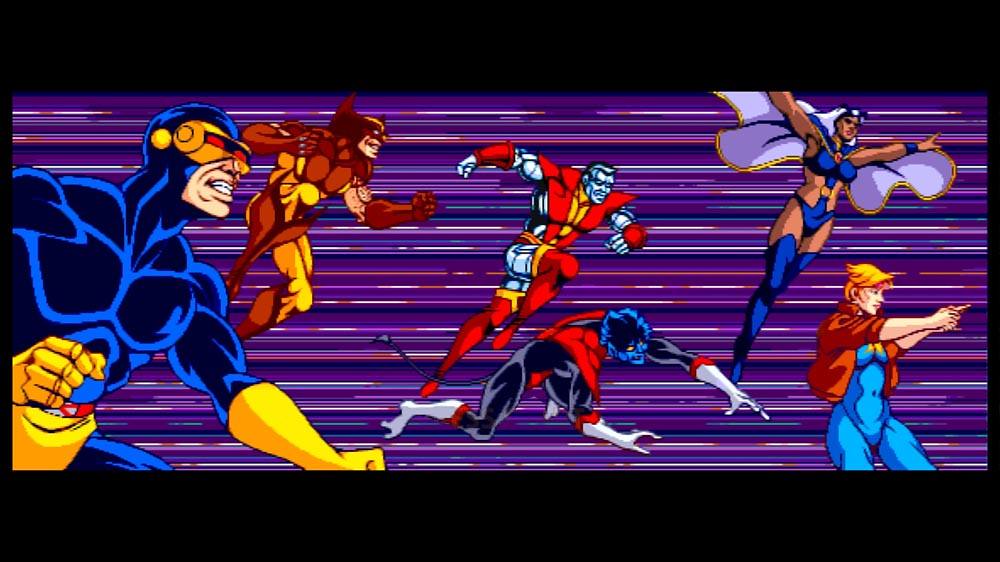 Having both the US and Japanese ROMs available in the game is a nice touch, giving players the option of experiencing the nostalgic throwback of playing in an arcade with the US or having different functionality with power-ups in the Japanese version. Each one plays a little differently, so it makes multiple playthroughs worthwhile. Difficulty levels seem inconsequential, because it doesn’t quite feel that there’s any increase or decrease in difficulty from Normal or Expert.

X-Men isn’t looking to break any new ground, obviously. In fact, it’s more like finding an awesome toy in the attic that had been long-forgotten. A toy that you and a good handful of friends had enjoyed many, many years ago and wouldn’t find as fun today, but would find it amusing to revisit for a short while in the present. It’s not perfect, but it never tried to be perfect, and it thankfully is still not perfect — what is perfect is the good times you’ll have playing with your friends, and for $10, it’s very difficult to say no.

X-Men is currently available as a digital download via the Xbox LIVE Arcade and PlayStation Network for 800 MSP and $9.99, respectively.

One thought on “Review: X-Men Arcade”